One of the things I enjoy doing as a hobby or with my kid, it’s crafts. I have never been that good but I always enjoy making stuff. Each year I seem to get a little bit better or a little more creative. We’ve been doing a lot more crafts lately with my kid going into kindergarten. He is really into superheroes right now. Especially Batman and Superman.

I had some blank wooden jewelry boxes that needed crafting, so I thought it would be a great project for he and I. He didn’t really seem to want to finish his project after paining his box halfway with black paint. So I decided to finish it for him. I asked him if he wanted Batman or Superman, because I had scrapbook papers of each. He said he wanted both. So I decided OK, I’ll go ahead and make you a box for each superhero.

So I finish painting the rest of the black for his Batman box. Cut out the logos from the Batman scrapbook paper and used Modge Podge to adhere them to the box. When I was done I did a nice coating of the Modge Podge on top.

For the other one, he decided he wanted a red base with a yellow top. I did the same thing, cut out logos but I also cut out borders for this box. 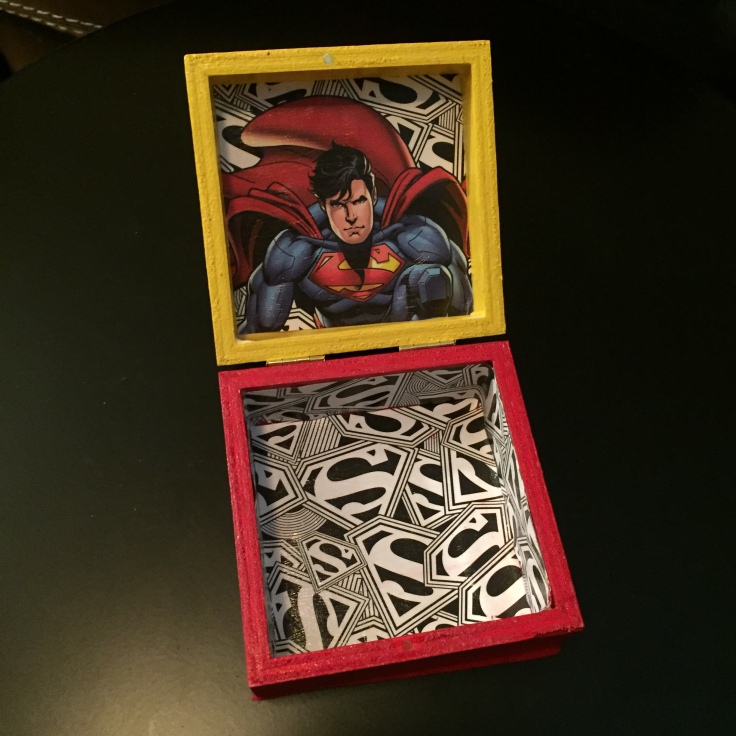 What a delicious sampler box! @target @sampler.io #freesample
I don’t want six more weeks of winter 😩 my seedlings are ready and so am I #garden
Trip #2 to Dollar Tree 👏🏻 yes, I know Dill is random for this group but it was the only herb I didn’t grab before that I wanted 😆 #garden #zinnia #marigold
Progress. We have peppers 🫑 #garden #peppers
More progress #garden
Cherry Rose Sunflower and Chives from @seed_needs looking pretty good, so far 👏🏻 #sunflower #garden #chives